Protalix was founded by Dr. Yoseph Shaaltiel and began as a greenhouse company in Israel’s northern town of Kiryat Shmona, in 1993. The first manufacturing facility was constructed in May 2004 in Carmiel in the Western Galilee, which was later expanded and upgraded at the end of 2009 in preparation for the commercial production of Elelyso® and production of pipeline candidates for clinical trials. We maintain the highest global quality of product and quality assurance standards. Our cGMP manufacturing facility has been successfully inspected and audited by multiple regulatory agencies including the US FDA, EMA, Australian TGA, Brazilian ANVISA, and the Israeli Ministry of Health. 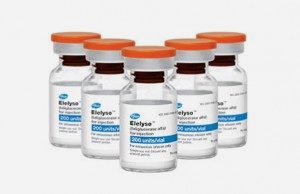 Protalix is proud to be the first company to gain FDA approval for a plant cell culture expressed protein. Elelyso® (taliglucerase alfa for injection) is Protalix’s first drug product produced by its proprietary ProCellEx® protein expression system, and was approved for marketing by the FDA in May 2012, followed soon after by approval by ANVISA in Brazil, Israel’s Ministry of Health, and other regulatory authorities around the world. For more information about Elelyso®, please visit  http://www.elelyso.com

Moving forward: Leveraging the benefits of our platform technology