Alidornase alfa (PRX-110) for the Treatment of Cystic Fibrosis

Cystic fibrosis (CF) is a life-threatening genetic disease affecting the lungs and digestive system. An estimated 70,000 children and adults worldwide have CF. In patients with CF, a defective gene and its protein product cause the body to produce unusually thick, sticky mucus that clogs the lungs. This may lead to lung damage, high exposure to lung infections and loss of respiratory function. Additionally the thickened mucus obstructs the pancreas and stops natural enzymes from helping the body break down food and absorb vital nutrients. Current therapies include multiple daily physiotherapy sessions to improve breathing, various drug therapies, as well as acute and preventive antibiotic therapy. Despite progress in understanding and treating CF, it remains a challenge to significantly improve quality of life and prolong life.

Alidornase alfa (PRX-110) is a proprietary plant cell-expressed recombinant form of human deoxyribonuclease I (DNase I) that we are developing to reduce the viscosity of sputum that accumulates in the lungs of cystic fibrosis patients. The accumulation of sputum in the lungs of CF patients exposes them to recurrent infections and compromises lung function. DNase I therapy, or dornase alfa, is generally recommended for CF patients to improve lung function and reduce exacerbations.

However, DNase I activity is compromised by actin, a globular multi-functional protein, found in high concentration in the sputum of CF patients, that is a potent inhibitor of DNase I. As such we believe that actin may decrease the enzyme’s DNA degradation activity and potentially interfere with the effectiveness of inhaled DNase I in the lungs of CF patients.

In order to reduce the actin-DNase I interaction and the subsequent inhibition of DNase I activity by actin, we developed alidornase alfa by chemically modifying the enzyme forming an actin inhibition resistant DNase I. This novel treatment candidate may result in improved lung function and decreased incidence of recurrent infections in patients. Thus, we believe there is the potential that our recombinant form of the enzyme will demonstrate significantly enhanced efficacy in CF patients when compared to the currently approved DNase treatment, Pulmozyme® (dornase alfa).

Many CF treatments are only available to treat particular mutations. Alidornase alfa is being developed for all CF patients regardless of their mutation. 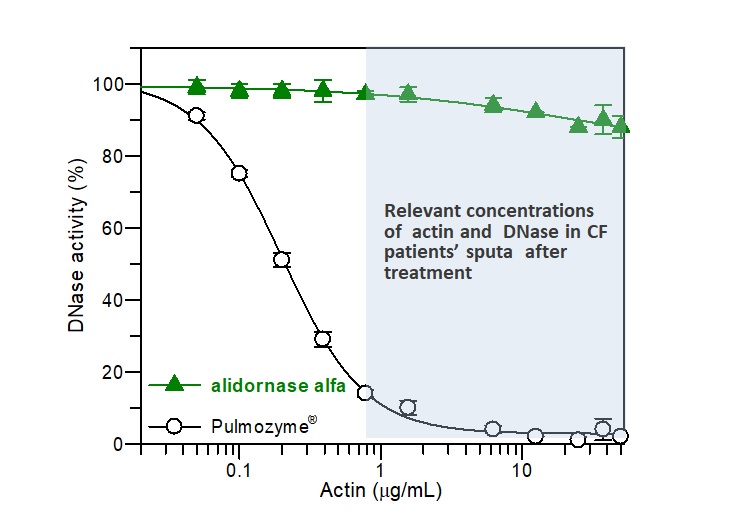 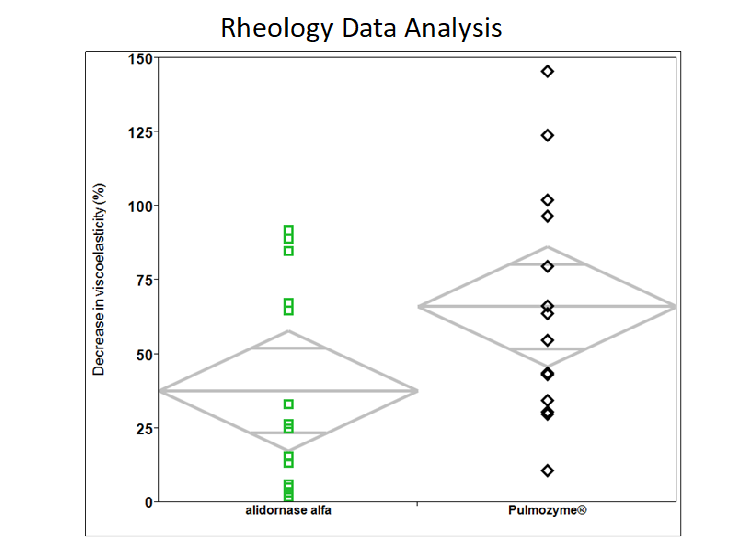 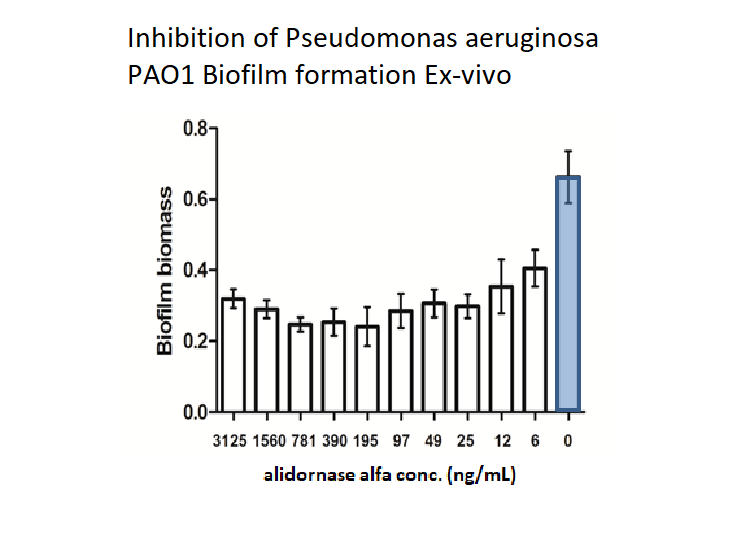 In an in vitro study, alidornase alfa demonstrated a significant inhibition of Pseudomonas Aeruginosa, with alidornase alfa treated colonies reduced by over 50%, compared to baseline. Pseudomonas, strains of bacteria that are widely found in the environment, are a major cause of lung infections in CF patients. Chronic pulmonary infection is a leading cause of morbidity and mortality in CF patients, despite the aggressive use of antibiotics, and Pseudomonas is the most prevalent organism in the airway colonization of CF patients. 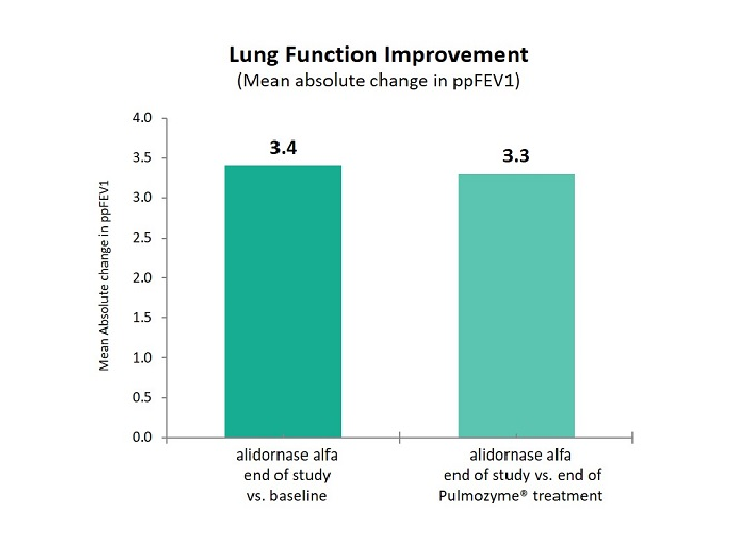 Phase I
We have completed a phase I clinical trial with 18 healthy volunteers. Alidornase alfa was found to be safe and tolerable.

Phase II
Our phase II trial was a 28-day switch-over study of 16 CF patients. These patients, each of which was previously treated with Pulmozyme®, underwent a two-week “washout” period whereby they received no DNase I treatment, and then were treated with received alidornase alfa via inhalation for four weeks. The trial was intended to evaluate the safety and efficacy of alidornase alfa.

The primary efficacy results of the phase II trial show that treatment with alidornase alfa resulted in clinically meaningful lung function improvement, as demonstrated by a mean absolute increase in the percent predicted forced expiratory volume in one second (ppFEV1) of 3.4 points from baseline (immediately prior to alidornase alfa treatment). A mean absolute increase in ppFEV1 of 3.3 points was also observed in patients participating in the trial when compared to measurements taken from patients before the switch from Pulmozyme® to alidornase alfa.

These lung function tests were performed via spirometry. Patients had to inhale deeply and forcefully exhale into a special device called a spirometer. The measurement parameter used was forced expiratory volume in one second (FEV1), a measurement of how much air can be exhaled in one second following deep inhalation. ppFEV1 demonstrates this measurement based on the FEV1 of healthy, non-smoking people of the same age, height and gender.

In this trial, we saw a correlation between improvement in sputa parameters and pulmonary function. Alidornase alfa was well tolerated. No serious adverse events were reported, and all adverse events that occurred during the study were mild and transient in nature.